What Would Jesus Glue? 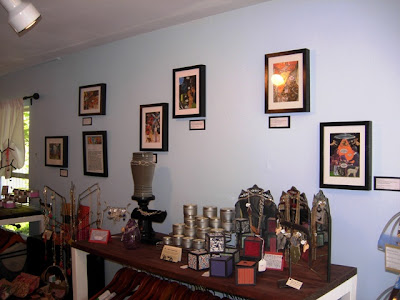 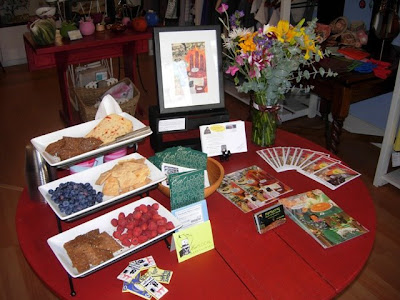 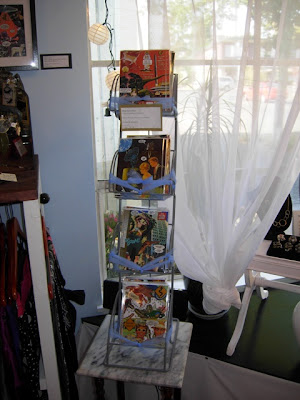 We just returned from my opening at Bouncing Wall in Upper Queen Anne. Many of our friends stopped by, looked at art, nibbled yummies and just visited. It was a fun event. The shop is little so we pretty much filled the place up. A couple of times I saw people want to come in but they thought better of it and moved on. Quite a few new folks stopped by and I got a chance to chat briefly with them. I'm hoping I have some new fans to spread the word. I saw a number of my prints being purchased so that's a good thing. I hope she sells out and we have to order more. That would be great! All in all, a successful opening. Big thanks to Kim who owns and operates Bouncing Wall for this opportunity.
Sarah and I hope to return to that neighborhood (voted Seattle's top 'hood by Seattle Mag) for some exploration time. We've yet to hit all the major 'hoods around Seattle. We've done a few but not all. Before the show we ate at the Thai Kitchen. Good stuff. I think my body is reacting badly to the peanut sauce but it was still a good meal.
Posted by What Would Jesus Glue? at 9:01 PM

Sorry we didn't make it. We had thought we would attend, but by that time we were too worn out. Glad it went well!