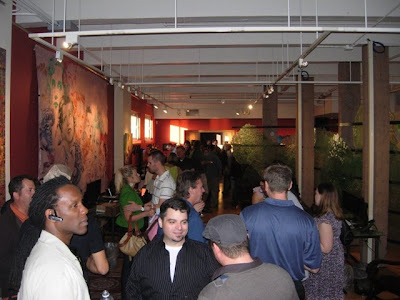 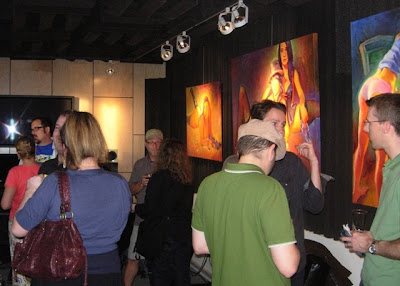 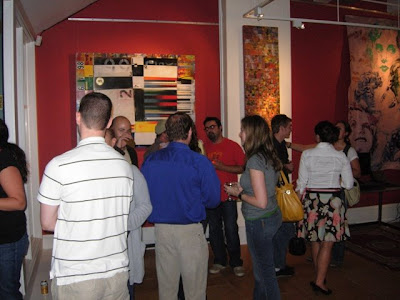 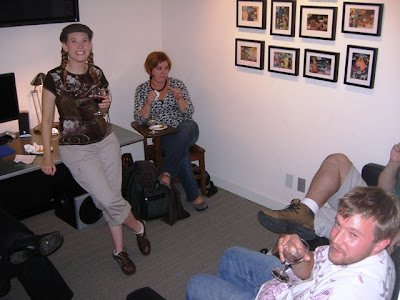 The opening at Lustre Communications was last night. It was quite the party. It's a great space and pictures don't do it justice. A ton of people turned out including a small group of our friends. The food and drink were excellent. Marshall and I kept threatening to hijack the shrimp tray.
Art was everywhere in the space. My stuff was in a studio off to the side so we ended up hanging out in there most of the night. That was a good thing since the music got louder and louder as the night progressed and it was easier to carry on a conversation in that little room. I only met one of the other artists, Ethan, but had some great conversations with him and others who stopped by to look at my stuff. According to Tim, Lustre's main man, I've sold several pieces. That's always a good thing.
Thanks to everyone who came by to support me and my art. I appreciate it. It seems like every opening gets a little bigger and a little better. Onward and upward.
Posted by What Would Jesus Glue? at 9:42 AM

Great news on your art selling.
Sounds promising.
The pics of the studio look nice. Having never been to an art gallery though, I'll take your word on it.
Would have liked to have made the opening, but distance is a problem.
Keep up the good work.