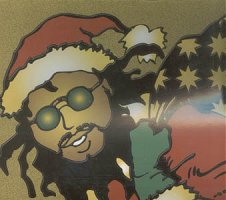 I am taking an acting/performance class on Monday nights. For the next ten weeks, my classmates and I audition, rehearse and perform a one-act play. The play we are doing is an adaptation of A Christmas Carol. It's not my favorite story but I'm sure we'll have fun with it. We auditioned last night and will find out what parts we will be playing next week. I ended up being the only one who attempted an English accent. In talking to our director, I don't think we'll be doing the accents due to the various levels of experience among the class. Bummer! I wanted to throw down on some British speak. I really love playing flamboyant characters with weird voices. Villains are the best. Playing a normal person is so boring. I really don't want to be Scrooge and I don't think I will be. There's a guy in our class who is perfect for him. I think of all the characters, I would really like to play Marley. Perhaps I could play him as Jamaican. You know, Bob Marley. "Hey, Scrooge mon. You gonna be visited by tree spirits, mon. So get wit it, mon."
Okay, maybe not.
Posted by What Would Jesus Glue? at 2:55 PM

Just this summer I was playing Adelaide in Guys and Dolls and there's a scene where the girls have given her a kitchen shower and she's showing off these utensils that she's wearing on a chain around her neck. (the drunk says "what vulgar jewelry" yadayada) As I'm trying to quietly put it over my head backstage, one of the gamblers says that I look like Bob Marley.
!?!?!?
It took me a second but I figured out that he meant Jacob Marley .

I hope that somewhere out there in Theatre-dom the Rasta-Jacob Marley has been done by someone. I'm actually ashamed that I didn't think of it myself!