Now that Iron Man is Out of the Way... 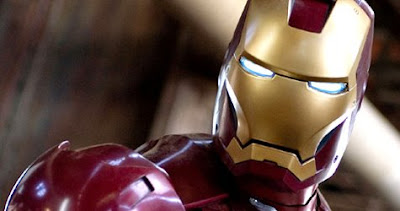 ...I thought I'd chime in on some of the upcoming superhero type movies that are coming out in the next few months. These are my opinions and mine alone. If you don't agree...tough!

The Incredible Hulk - Well, it looks better than the first one but that's not saying too much. Actually, it looks like it might be okay. It's got a great cast with some of my all-time faves in there: Edward Norton, William Hurt, Tim Roth, Liv Tyler. My biggest concern is the CG Hulk. They are getting better at rendering CG stuff all the time but humanoid creatures still aren't there. Just look at the zombie/vampires from I Am Legend. So, I will give the movie a chance but I do not expect it to blow me away.

The Dark Knight - Call me the only skeptic on the planet if you like but I do not like what I've seen of Heath Ledger's Joker so far. I don't like the look at all. Perhaps I will like the performance. Hey, I'll give the guy props if he deserves them. Right away I must tell you that I did not like Batman Begins. I think Christian Bale is a good choice but the story just left me cold. And crap, they had a stellar cast (with Katie Holmes being one exception) but didn't give them anything to do. C'mon, you've got Gary Oldman...let the man act. I didn't like the way they portrayed Scarecrow, blah, blah, blah. Did I mention that I hated Katie Holmes? Once again, I'll give the flick a chance but I'm not beside myself to see this one.

Indy 4 - Please let this be the last one. Yeah, I'm excited and I hope it's good but don't keep going and ruin it like Lucas did with Star Wars. Let this one be great and then let it stop. Please.

Hellboy 2: The Golden Army - Now we're talking. I am so ready to see this one I could wet my pants. I'm a fan of the HB comics and I really liked the first movie. I think the second is just gonna kick butt. Del Toro is the man! I am so glad he's doing the Hobbit. After seeing Pan's Labyrinth you just know it's going to be good.

Speed Racer - I watched Speed growing up. I liked it. But I'm not sure about these lights-flashing, seizure-inducing trailers I've been seeing. I think the Wachowski's are going to make it too fast to enjoy. It's kind of like in Transformers where the robots were fighting but it was just a blur. If you can't tell what you're looking at, what's the point? It all started with the pod race in Phantom Menace. I blame George Lucas.

Hancock - Leave it to Will Smith to turn the superhero genre on it's ear. I just saw a trailer for this today and it looks interesting. I love the whole whale thing.
Smith: "I don't remember that."
Bateman: "Greenpeace does."
Priceless. I hope it's good and that Mr. July does it again old school.

Also on the horizon, I'm looking forward to Prince Caspian, Wall-E and The Happening by M. Night Shyamalan (say what you want...I loved Lady in the Water). And by the way, I loved Iron Man. I thought it was great. And the thing at the end of the credits...awesome!
Posted by What Would Jesus Glue? at 2:00 PM