The Rest of the Trip 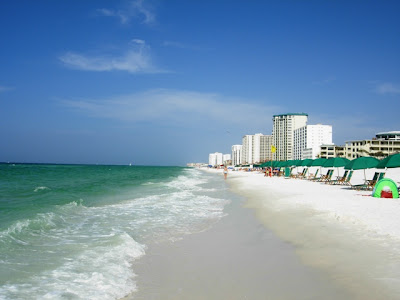 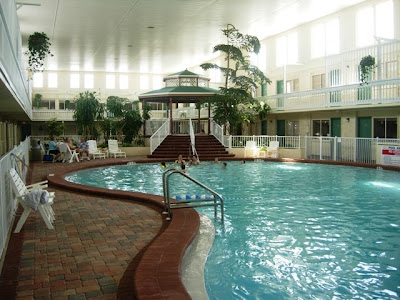 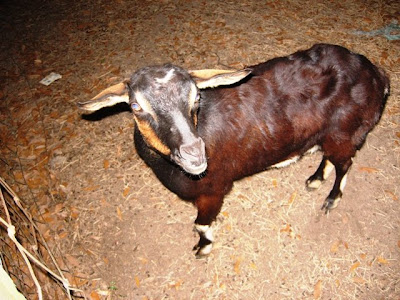 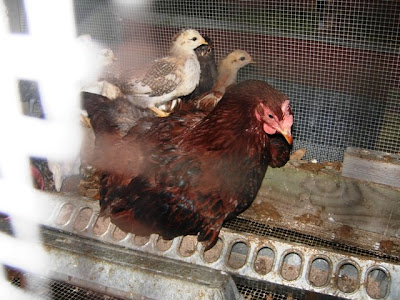 We are back in Seattle and having to face the harsh reality of returning to "life as we know it." It was such a great trip we wish it hadn't ended. Then again, I think Sarah might have screamed if she had to meet another friend or relative.
FRIDAY
On Friday we hit the beach and the pool one last time. We packed up, said our goodbyes to my sis and bro-in-law, stopped for a last minute souvenir purchase and headed back to Crestview where we met my parents at my Uncle Terry's house. I hope that Sarah blogs about this because her fresh perspective is quite funny. Uncle Terry is a pharmacist by trade and a darn good one. I would trust his opinion about something medicinal over a doctor any day. Uncle Terry's hobby, nay obsession, is junk. He might call it antiquing and much of what he collects is antique but the term doesn't allow for the other things that accumulate at his house. He and Jody have a beautiful home...in fact they have 3 sitting on the same piece of property and they are all full to overflowing with stuff. He also has at least one giant shed full to the brim with stuff. His property is landscaped and quite beautiful but it is an assault on the eyes because there's so much stuff. I could have stayed there a week and not taken the same photograph twice. One of the things he collects is old quilts and he has some good ones. Jody says he has about 140. It's Florida. Who needs 140 quilts in Florida. 'Nuff said.
After that, we swung by my parent's property in Holt. It's a beautiful tract of land on a lake and it has tons of potential. They have already built a garage/storage building there. As soon as their house sells in Milton I guess they'll start the process of building there.
On the other side of the lake is my Uncle Jerry and Aunt Emily's place they call "Largo." It's a great little home on the water and it's really beautiful there. They have built a guest house on the property as well and it is called "Little Largo."
After taking the tour of all the Gordon homes in Holt, we went back to Crestview to see Granny again, and ate dinner at Cracker Barrel (chicken and dumplings, biscuits with apple butter...heaven!). On the way back to Milton we stopped at my sis's house to see the baby chickens and the goat. The goat was apparently hungry because I turned around and he tried to eat my elbow. Sarah says I jumped. Well, wouldn't you?
Once back to my parents house we sat around for a bit and then we watched some old home movies on DVD of my parents wedding and us as kids. It was quite funny. I have the DVD and I need to get it copied.
SATURDAY
On Saturday, we headed into Pensacola to see some sights and visit friends. We went by my parent's first (rental) and second (built) homes, the ones I lived in as a baby and child. We also visited the street where my Papa's (pronounced Paw-Paw) old house stands and where another of our old houses used to be. It was destroyed in Hurricane Ivan in 2004. While cruising down memory lane we stopped by Whitmire Cemetary to visit Nana and Papa's graves. I got a little emotional because I haven't been there in a long while. We cleaned off the sites as best we could and then headed off to meet friends. I also took Sarah by the church I grew up in (Olive Baptist) since we had to meet some friends there. It's a huge church. There was a women's conference going on and attendance was 3500. All the toilets were overflowing because of the volume of use. Quite funny if you think about it. I have lots of great memories from that church but going back is just not the same. It's changed so much.
After a day of visits, we went out to dinner with my parents and spent the evening back at the house chatting and getting packed. The next morning we rose at 3am and headed to the airport for our flight. We got home yesterday afternoon.
I'm sure it will take several days to get back in the swing. I have tons of art shows to get ready for plus I have lots of pictures to sort thru including a bunch of old family photos that I need to scan. I'm sure I'll be sharing lots of pics with you all over the coming days and weeks. Make sure you check my photo site too.
It was a great trip and despite not wanting to come back, we are glad to be home and happy to have Mickey (our cat) back with us. He's been a bit clingy since returning from the spa (Sarah's term for boarding him at the vet) but that's understandable. I would start counting the days until our next vacation but I'm not sure when that will be. Until then, I have the memories of a great homecoming vacation in Florida to keep me going.
Posted by What Would Jesus Glue? at 10:40 AM

Welcome home, friend. Sounds like you had an awesome time. Seattle missed you guys, though!

Welcome back! It would appear you've brought back a little bit of Florida sunshine as well (at least for today).
Sarah doing okay with the sunburn?
You could see the beginnings of it in a couple of the photos.....

Talk to you soon -

Welcome back! We missed you!