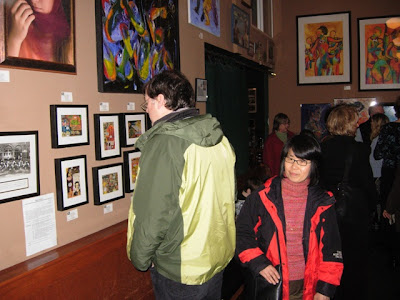 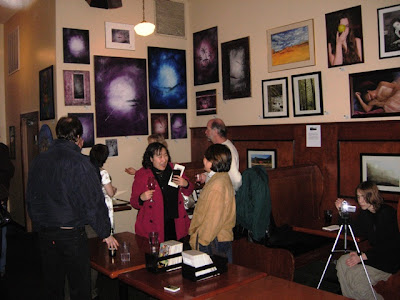 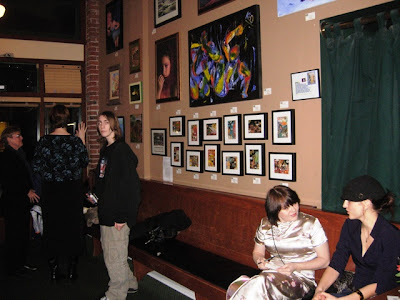 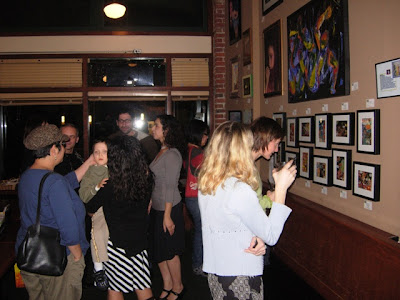 Last night was my first experience with Art Parties Seattle. I'm sure it won't be my last. A vast variety of folks came out for the night. They ate, drank and took in the art filling the walls. Many had very encouraging things to say about my work and I sold 3 prints. The art will be up for the month of February so other sales could be forthcoming.
The night was pretty standard until this fellow with a video camera waltzed in and sat down with me in one of the booths. He stated that he had just gotten the camera and wanted to learn how to use it so he was going to interview me. I said sure and we proceeded. He handed me this awesome remote mic and began asking me questions about myself and the art scene in Seattle. I then told him that he should interview Sharon (Founder of Art Parties Seattle) which he proceeded to do post haste. I believe he interviewed many if not all of the other artists as well. I was told later that he and his buddy want to cover the art scene in Seattle and post video coverage to YouTube. When the videos are available I'll post them here.
All in all, it was a good night. Nice people, good art, food, drink and atmosphere. I sold a few pieces and gained more exposure. Onward and upward.
Posted by What Would Jesus Glue? at 9:53 AM