The Invasion is Over 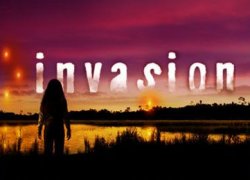 Warning: This entry has a geek factor of 9.5.

Rewind to the beginnings of the new '05-'06 TV season. After several years (too many) of reality tv overload the networks decide to put some dramas on the air, shows that actually tell a story. I am not one to sit around and watch alot of tv unless it's a movie on DVD but several shows for the new season intrigued me. There was "Night Stalker," "Threshold," "Surface," and "Invasion." I watched or taped all but "Surface." The other three hooked me just like "Lost" had the season before. "Night Stalker" being the weakest of the bunch, bit the dust first. Soon after, "Threshold" joined the choir invisible. But "Invasion" seemed to be hanging on. I was a little sad about "Night Stalker" and just a tad more for "Threshold" but I still had my favorite.
"Invasion" has been extremely fun to watch. I love the story and the characters and it's a joy to watch them unfold. The first couple of episodes freaked me out because they bore a striking resemblance to a novel I want to write but then the story took off in different directions. And good directions they were. Argue with me if you want but this has been one the finest alien invasion stories I've ever read or seen.
So, to make a long story short, Sarah and I both got hooked on "Invasion" and what good did it do us? Nada. The show is cancelled. The networks don't care but perhaps they should. In the future, I will not be investing my time in watching new shows. If I am truly interested, I will await their release on DVD. (as I have done with "Deadwood")
ABC, if you're listening, it's not too late to change your mind.
Posted by What Would Jesus Glue? at 10:16 AM