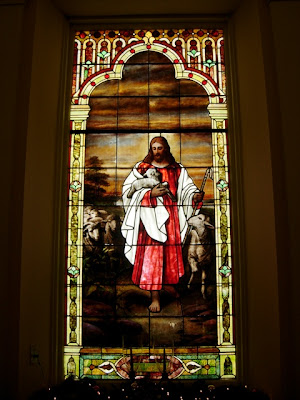 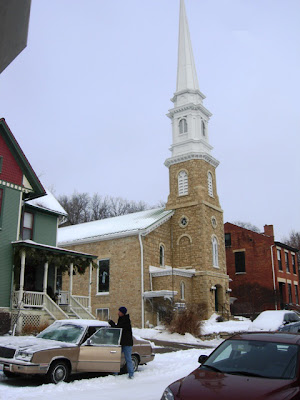 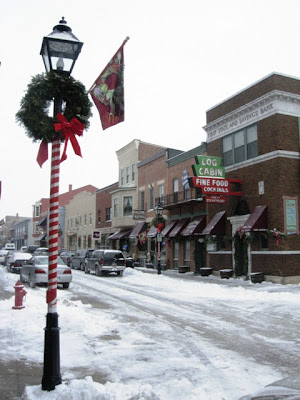 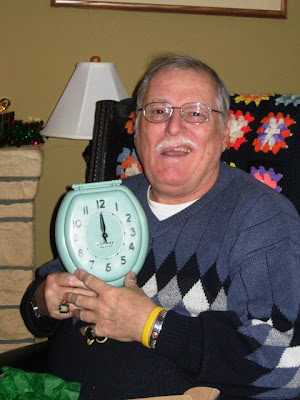 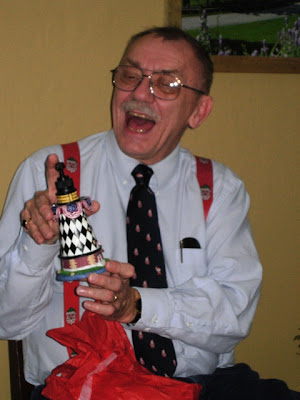 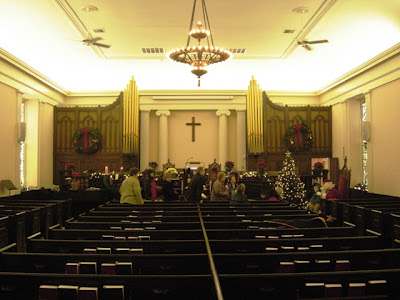 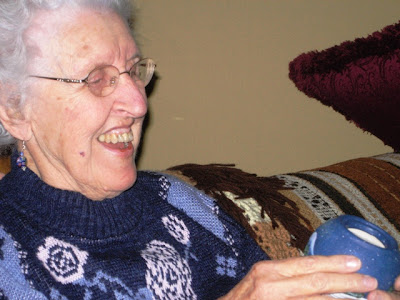 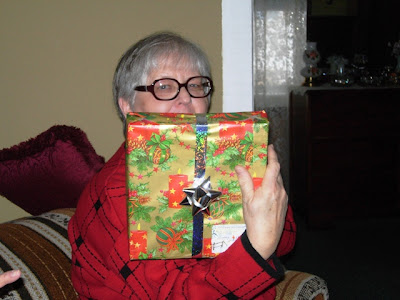 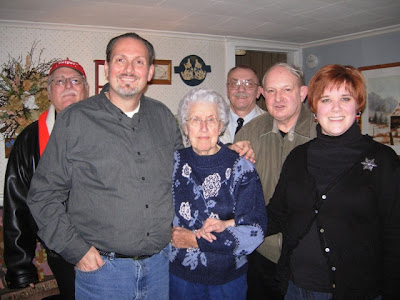 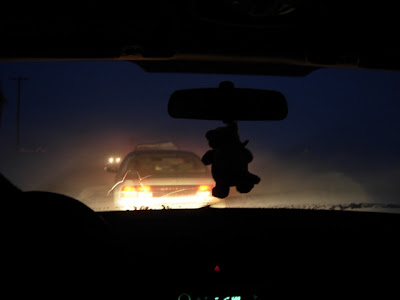 White Elephants, White Knuckles, White Out! (12/23/07)
On Sunday, we got up and headed to Galena, Illinois…a small touristy town on the Mississippi that Sarah grew up in. We went to church at First Presbyterian, "the oldest, continually used Protestant church building in the Old Northwest Territory." It was easy to tell that that statement was true because I'm quite sure the pews are original to the building. They were quite uncomfortable. The church does have some beautiful stained glass windows however. We sat thru a pretty typical service except for the too long Children's nativity presented on video instead of live. After the service, I met many people, ate a potluck dinner including turkey and dressing sandwiches, had yet another White Elephant gift exchange and then spent the afternoon with friends of the family. Deloris was a sweetheart. She is 90 years old and had a great time opening gifts. She suggested we all take turns and then proceeded to open all of her gifts in succession. It was good to meet Bob and Jim as well. We left quite early so that we could beat the bad weather home but we didn’t succeed. During the last 30 miles of the trip we found ourselves in a white out. Now, being from Florida, I thought white out was this stuff you use to fix mistakes on paper but I was mistaken. It's where the snow is blowing so fast across the road you can’t see a thing. We ended up in a convoy behind a sheriff’s SUV as he escorted us thru the worst of the storm. We passed many, many vehicles off the road and one SUV on its side. We finally made it home and I was thrilled to find out that we weren’t going anywhere the next day. We ate, played Rummikub and went to bed.
Posted by What Would Jesus Glue? at 9:04 AM