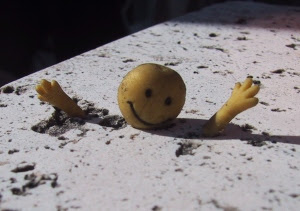 This story popped into my mind last night.
When I was in high school, my friends and I concocted a scheme to put on a funeral for Halloween. We dug a grave but adjacent to it we dug/contructed a tunnel but putting a sheet of plywood across the top and covering it with a thin layer of dirt. We then built a coffin with an escape hatch at the foot of it. The plan was that someone would be in the tunnel to assist the deceased and then they would both escape by sliding back the plywood.
Halloween came and we put our scheme into action. We invited all our friends to the funeral. One of our tinies guys was the one we buried. As one of my friends gave the eulogy, I created mood music by strumming the strings inside a piano. At the appropriate time, I snuck out the back and climbed into the tunnel to assist the deceased.
They brought the coffin out and set it in the hole. They said a few words and then they started shoveling in the dirt. Meanwhile, my tiny friend was crawling out of the coffin to join me in the tunnel. For some stupid reason, all I had for light was a lighter that I kept dropping. We listened and when we felt like everyone had gone and had time to get back to the house, I started to slide the plywood back. It wouldn't budge. I pushed. It wouldn't budge. I put my back into it. It wouldn't budge. Clearly, a rehearsal would have been a good thing. Apparently, they had piled too much dirt on the plywood making it too heavy even for me to move. Luckily, we were just kids and we didn't panic. My tiny friend turned around and started digging out the loose dirt around where he had entered. We finally cleared a path big enough for both of use to escape. We finally joined the party, dirty and sweaty but not too much the worse for being buried alive.
In thinking about this story, I experienced a panic attack. We could have died doing that. And I really can't believe I did that because I have claustrophobia big time. I guess I didn't back then. I wonder what happened to cause my adult claustrophobia. Sometimes I wish I had some of that fearlessness that I had as a child. Now don't get me wrong. I was scared of plenty of things when I was a kid. Being buried alive doesn't seem to be one of them.
Posted by What Would Jesus Glue? at 11:46 AM

Maybe that little shenanigan is what caused your adult onset claustrophobia? Talk about rising from the dead!